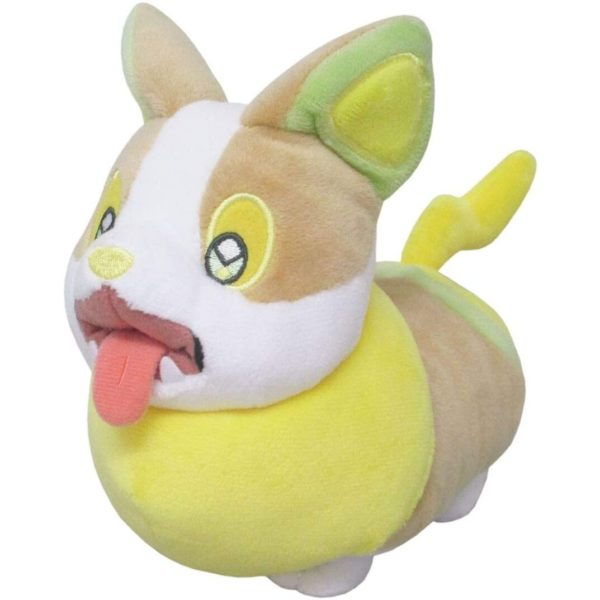 San-ei’s Pokémon All Star Collection plush series features a beautifully detailed version of Yamper! Some of the highest quality Pokémon plush on the market come from this lineup. Every plush is constructed out of super soft ‘minky’ fabric and weighted with beans to help them sit/pose.

Yamper is a quadruped, canine Pokémon. It has a brown body with yellow fluff around its neck, resembling a collar, and yellow highlights around its eyes. It has a yellow bolt-shaped tail and a heart-shaped pattern on its rear. Its four feet are white. Yamper’s ears have a light green and yellow color on the inside. It also has a small yellow nose. Yamper tends to be drawn to fast-moving things and will chase after people, other Pokémon, or even vehicles. Yamper has an organ that generates electricity from the base of its tail when it runs. It cannot store the electricity it generates, so sparks of electricity can often be seen when it is running. In the Galar region, it is a popular choice for herding Pokémon such as Wooloo. Due to its gluttonous nature, it will only assist people in exchange for treats.