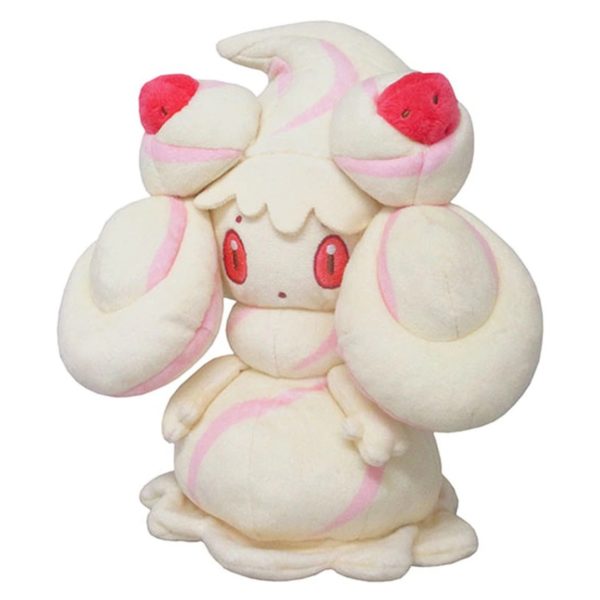 San-ei’s Pokémon All Star Collection plush series features a beautifully detailed version of Alcremie! Some of the highest quality Pokémon plush on the market come from this lineup. Every plush is constructed out of super soft ‘minky’ fabric and weighted with beans to help them sit/pose.

Alcremie is a vaguely anthropoid Pokémon with a body composed of whipped cream. Its head resembles several dollops of whipped cream styled like hair, with a large crowning dollop flanked by two loop-like “bangs.” Each of these bangs is topped with either a strawberry, blueberries, clovers, or several varieties of candy, depending on which of these sweet toppings the Alcremie was given to hold as a Milcery when evolving. Alcremie’s lower body is similarly composed of two dollops of whipped cream resembling a robe or a dress. It has two stout arms with three fingers each extending between the dollops of its body. Alcremie is a female-only species with no male counterpart.