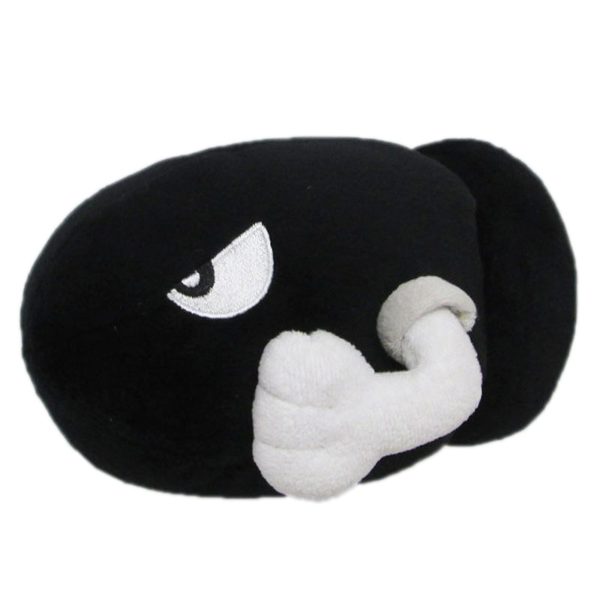 San-ei’s All Star Collection plush series features a beautifully detailed version of Bullet Bill! Some of the highest-quality officially licensed Nintendo plush on the market come from this lineup. Every plush is constructed out of super soft ‘minky’ fabric and weighted with beans to help them sit/pose.

Bullet Bills first appear in World 5-1 of Super Mario Bros. They are usually shot from a large Turtle Cannon, though are sometimes shot from off-screen, and fly in a straight line. To defeat a Bullet Bill, the player has to either jump on them, kick a Koopa Shell at them or use a Starman. They are immune to fireballs from Fiery Mario. In Super Mario World, Bullet Bills once again make an appearance in Dinosaur Land after Bowser takes over it. Though, they’re not common enemies, but their behavior changes slightly, as some levels feature areas where multiple Bullet Bills fly diagonally from four corners and, sometimes, vertically shot Bullet Bills appear, too.