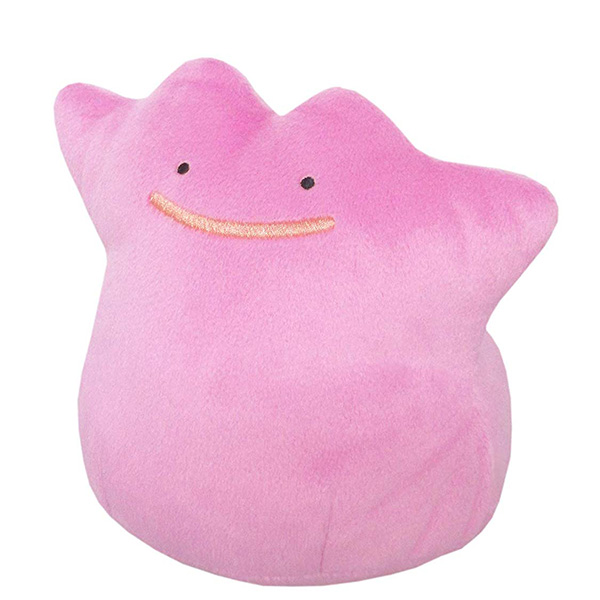 San-ei’s Pokémon All Star Collection plush series features a beautifully detailed version of Ditto! Some of the highest quality Pokémon plush on the market come from this lineup. Every plush is constructed out of super soft ‘minky’ fabric and weighted with beans to help them sit/pose.

In its natural state, Ditto is a light purple or pink amorphous Pokémon with vestigial facial features. The face consists of a simple mouth and beady eyes. It also appears to have two pseudopods protruding from its body that it uses as arms. It is capable of transforming into an exact replica of any physical object, including its form and abilities. However, if Ditto tries to transform into something based on memory, it may get some of the details wrong.

Each Ditto has its own strengths and weaknesses when it comes to transforming. The anime and the TCG have shown that occasionally Ditto cannot change its face. It will also be unable to remain in a transformed state if it starts laughing. While its transformation ability allows it to get along with almost anything, it does not get along with its own kind. When two Ditto meet in the wild, they will attempt to transform into each other.