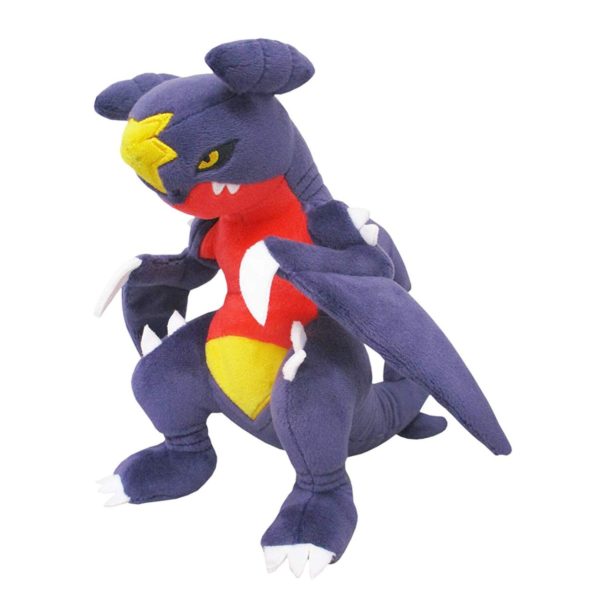 San-ei’s Pokémon All Star Collection plush series features a beautifully detailed version of Garchomp! Some of the highest quality Pokémon plush on the market come from this lineup. Every plush is constructed out of super soft ‘minky’ fabric and weighted with beans to help them sit/pose.

Garchomp is a bipedal, draconian Pokémon that is primarily dark blue in color. It has red on its underbelly from the lower jaw to the middle of the abdomen, including the undersides of its arms. A patch of gold comes to a point below the red on its belly, and a golden star shape adorns the tip of its snout. Garchomp has horn-like appendages that resemble a jet or plane’s engines, giving it an appearance similar to a hammerhead shark. These allow it to sense its prey from a long distance.