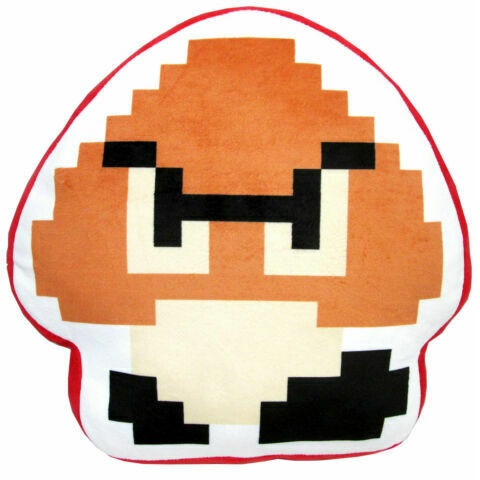 San-ei’s plush series features an incredibly soft and beautifully detailed 12 inch plush cushion an original 8-bit Goomba from Super Mario Bros.! Some of the highest-quality officially licensed Nintendo plush on the market come from this lineup. Every plush cushion is constructed out of super soft ‘minky’ fabric.