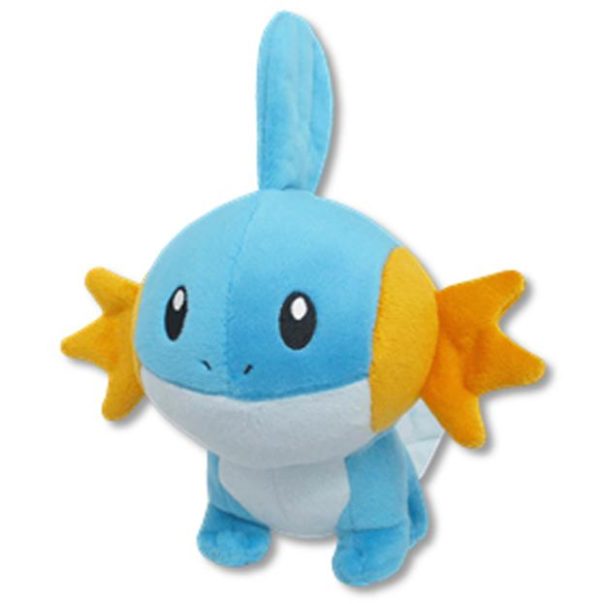 San-ei’s Pokémon All Star Collection plush series features a beautifully detailed version of Mudkip! Some of the highest quality Pokémon plush on the market come from this lineup. Every plush is constructed out of super soft ‘minky’ fabric and weighted with beans to help them sit/pose.

Mudkip is a small, amphibious, quadruped Pokémon. It has a blue body with a light-blue underside. It has a large head with a blue fin on top and a light-blue tail fin. It has black, beady eyes and orange, star-shaped gills on its cheeks. By using the fin on its head, Mudkip is able to detect changes in air and water currents as well as bodies of water. Its fin can also point in a certain direction, as seen in the anime. Mudkip is capable of moving or crushing boulders larger than itself. Its large tail fin propels it through water with powerful acceleration.