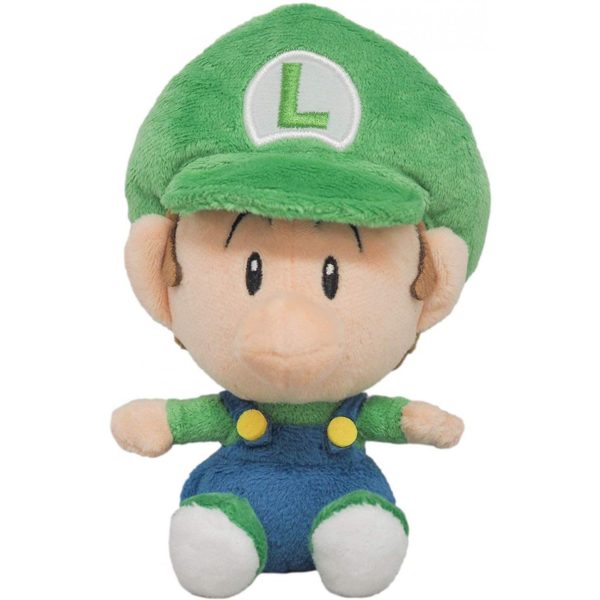 San-ei’s All Star Collection plush series features a beautifully detailed version of Baby Luigi! Some of the highest-quality officially licensed Nintendo plush on the market come from this lineup. Every plush is constructed out of super soft ‘minky’ fabric and weighted with beans to help them sit/pose.

Baby Luigi is the infant form of Luigi. In the Yoshi’s Island series, he is kidnapped several times by Kamek, where Yoshi, who is protecting Baby Mario, is required to rescue him. Besides the Yoshi series, he has appeared as a playable character alongside his older self in various spin-off titles such as the Mario Kart series, as well as being one of the major protagonists of Mario & Luigi: Partners in Time. He is voiced by Charles Martinet, as with his adult counterpart, Mario, Baby Mario, and other characters.