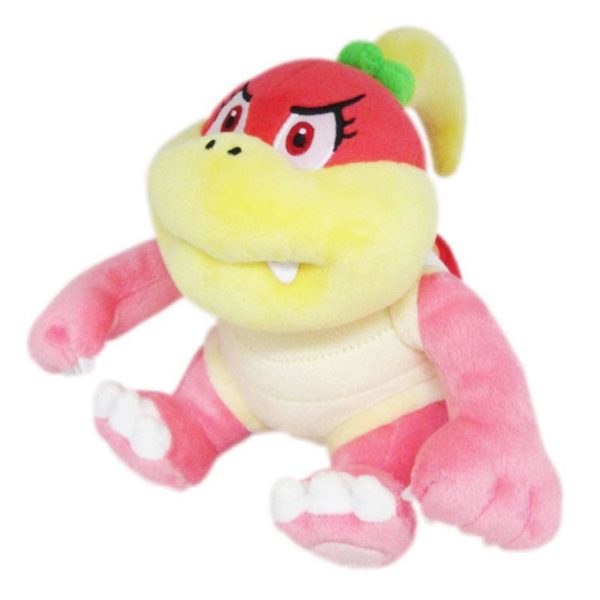 San-ei’s All Star Collection plush series features a beautifully detailed version of Pom Pom! Some of the highest-quality officially licensed Nintendo plush on the market come from this lineup. Every plush is constructed out of super soft ‘minky’ fabric and weighted with beans to help them sit/pose.

Pom Pom is a boss who debuted in the Nintendo 3DS game Super Mario 3D Land. She appears to be both the female counterpart and partner of Boom Boom. She is also seen wielding a boomerang with a ribbon on it. Pom Pom often appears on airships where she could fight Mario or Luigi. She is the fourth female member of the Koopa Troop to appear in the Mario series, the first three being Wendy O. Koopa, Kammy Koopa, and Kamella. Pom Pom shares her name with a loose, fluffy material used by cheerleaders and sports fans, or in crafts, the pom-pom.