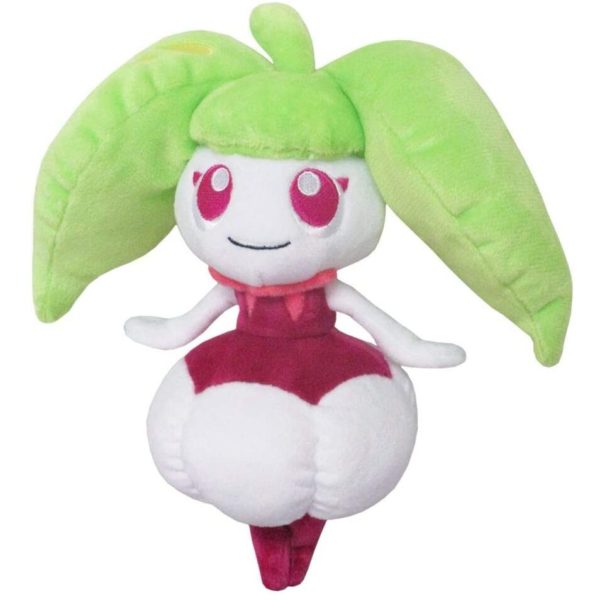 San-ei’s Pokémon All Star Collection plush series features a beautifully detailed version of Steenee! Some of the highest quality Pokémon plush on the market come from this lineup. Every plush is constructed out of super soft ‘minky’ fabric and weighted with beans to help them sit/pose.

Its wide hips are made up of six segments and resemble the flesh of a mangosteen. Its slender arms have slightly rounded hands with no visible digits, and its legs have pointed tips. While it has a delectable fragrance, this Pokémon also has a tomboyish personality that can make it hard to get along with. Its calyx has hardened, allowing it to play with other Pokémon without worrying about being damaged. However, the leaves spin as Steenee moves and often strike nearby objects. It apparently does not care what it hits, and even uses the calyx as a form of attack. Foes are struck with the leaves first, then kicked by one of Steenee’s equally hard legs.