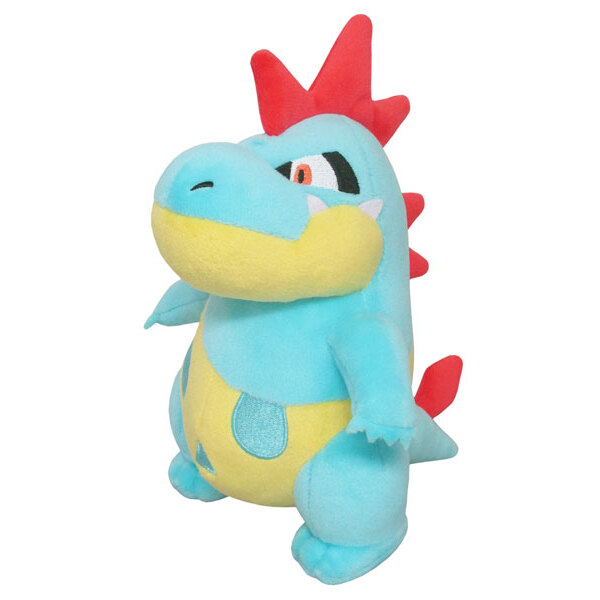 San-ei’s Pokémon All Star Collection plush series features a beautifully detailed version of Croconaw! Some of the highest quality Pokémon plush on the market come from this lineup. Every plush is constructed out of super soft ‘minky’ fabric and weighted with beans to help them sit/pose.

Croconaw is a bipedal, crocodilian Pokémon. It has well-developed, rounded jaws with two fangs visible in the corners of the lower jaw even when closed. Its eyes are red with black markings around them. There are three clusters of red spikes on its body: one with three points on top of its head, one with two points between its shoulders, and a diamond-shaped one near the tip of its tail. While most of its body is blue, its lower jaw is yellow and there is an asymmetrical, yellow-and-blue pattern around its chest that resembles a spotted animal skin. Although Croconaw is described as always having forty-eight fangs lining its mouth, only six are discernible. The tips of its teeth are slanted backward similar to a barbed fish hook; this makes them impossible to remove once embedded in something. If it loses any teeth, they will quickly grow back.