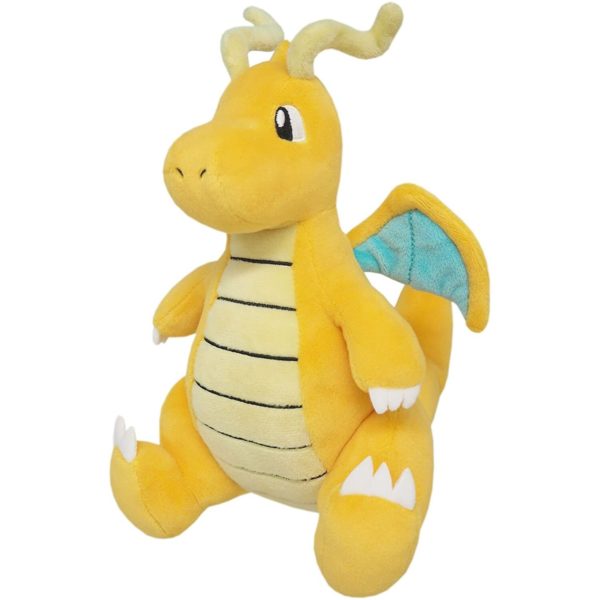 San-ei’s Pokémon All Star Collection plush series features a beautifully detailed version of Dragonite! Some of the highest quality Pokémon plush on the market come from this lineup. Every plush is constructed out of super soft ‘minky’ fabric and weighted with beans to help them sit/pose.

Despite its bulky build, Dragonite is capable of flying faster than the speed of sound. It can circle the globe in sixteen hours, which would require traveling at a ground speed of roughly 1,556 mph (2,505 km/h) if done at the equator. A kindhearted Pokémon with human-like intelligence, Dragonite shows signs of altruism: it is said to save humans from drowning and lead lost or foundering ships to safety. As demonstrated in the anime, however, it will go on an uncontrollable, destructive rampage if its environment is threatened. It is known to engaged in fierce battles with Kingdra whenever they meet.