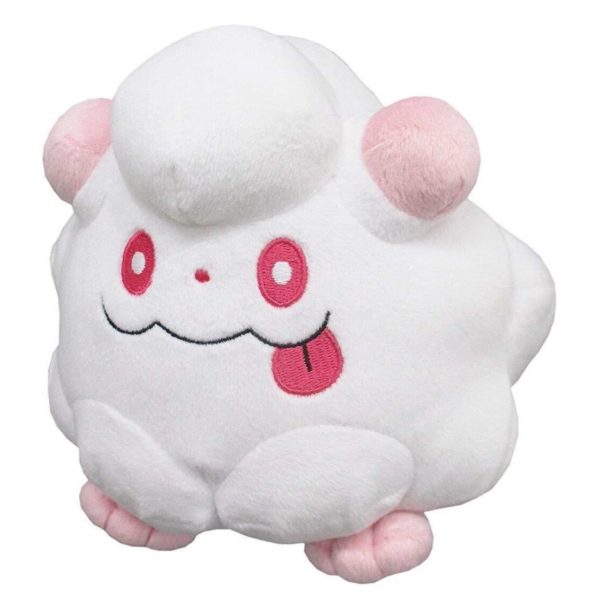 San-ei’s Pokémon All Star Collection plush series features a beautifully detailed version of Swirlix! Some of the highest quality Pokémon plush on the market come from this lineup. Every plush is constructed out of super soft ‘minky’ fabric and weighted with beans to help them sit/pose.

Swirlix is a small, round Pokémon covered with fluffy white fur. It has reddish pink eyes with white pupils, round ears with light pink tips, a tiny reddish pink nose, and is often seen with its tongue poking out of the corner of its mouth. In between its ears is a more prominent tuft of fur. Poking out of the bottom of its fur is its light pink tail. Its feet are usually tucked up in its fur, but when they are visible, they are seen to be a light pink and have three toes. Swirlix only eats sweets, which makes its fur as sticky as cotton candy. Its fur is said to smell like cotton candy. It can entangle its opponents with white sticky thread. The amount of sugar it eats is equal to its weight. It is known to become grumpy if it doesn’t eat enough sugar.