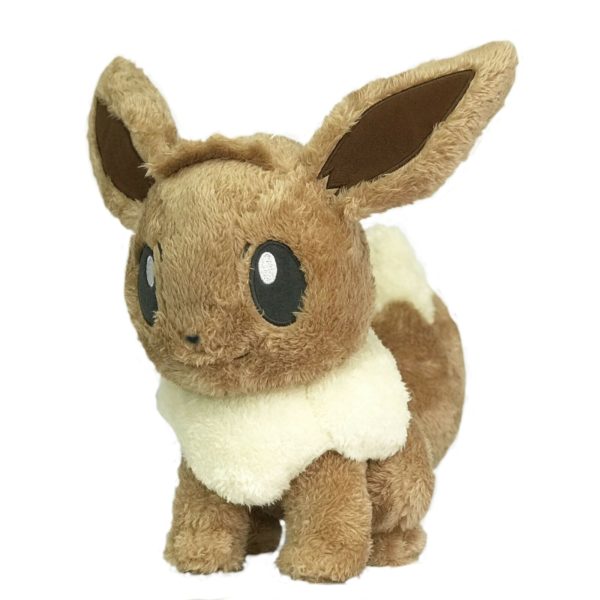 Eevee gets an adorable new addition to the popular Pokemonlife with Eievui plush lineup by Banpresto!

The Pokemonlife lineup by Banpresto focuses on some of the most popular Pokemon in the series (such as Pikachu and Eevee) in a variety of forms, poses, and even plush products such as headwear or even slippers! This lineup uses a wide array of fabrics across its existing entries – such a mink-like, fluffy, furry, or felt-like feeling fabrics. Eievui is the Japanese name for Eevee.